I am grown up in the countryside and nature has always been close, but I do feel at home in metropolitan environments. The balance, and perhaps, the contrast attracts. Fascination for science, has always been with me. Especially biology and chemistry, but also physics. I studied pharmacy at Uppsala University, but humanities were not forgotten, and I went to south of France, Pau, where I deepened my knowledge in French. Living in another country is interesting and developing at a personal level. A few weeks in a new country do not give the same dimension as years. It takes time to get to know a new culture, food traditions and also the geography and history of the country.

The year in France gave me time to reflect. Authors like Albert Camus, Jean Paul Sartre and Simone de Beauvoir were read. Furthermore, film and theater are important in France, and I had the privilege to watch many French movies with subsequent analyzes at the university. Films with actors like Catherine Deneuve, Charlotte Gainsbourg, Gérard Depardieu and Emmanuelle Béart were seen. And François Truffaut’s well-directed movies.

When I resumed my studies at Uppsala University, interest in neurobiology emerged. I studied several courses to learn about the brain. Neuroanatomy, but also more functionally, like eg reward systems. This led to PhD studies at Gothenburg University at the Department of pharmacology, where both teaching and research were alternated.

In summary, I have always tried to seek answers to questions in life. This is probably the reason why my education is mixed. However, the challenge is to formulate the right questions.

Sport in various forms has always been a major part of my life, since it provides energy for both work and leisure. Maybe, because my parents have been active in nature with skiing and hunting. When I grew up I was always surrounded by hunting dogs, and I have spent a lot of time in the woods, searching for them, but also active training together.

A few years ago, I started to write since I am interested in languages and culture. At first, it took time to find my way of writing. Then I wrote this book, Generations, accompanied by a poem collection. Swedish language has been a great challenge even though it is my native language. I am rarely completely satisfied with formulations and content. Constant progress. A living, developing language, that challenges my imaginations and reflections. 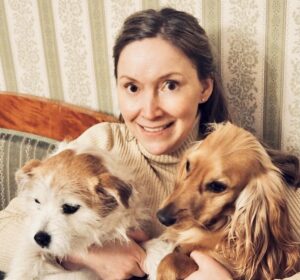