Is this like the plague was in the 18th century – at that time caused by the bacteria Yersinia pestis? 300 years ago but so present. At those days dead people were actually buried in mass graves in central Stockholm, believe it or not. In Humlegården. Dr Herman Grim, who passed away due to the plague, had the same role as Anders Tegnell has today. A tough role. Tegnell is already vaccinated though.

As you notice I am very interested in history and has always been as far as I can remember. Life gets more interesting when you put the past in the present context. Or vice versa. A lot of efforts have been made to find vaccines to protect us against COVID-19. Different vaccines have been produced with various mechanisms of action. Previously, I have compared this pandemic with the Polio pandemic. It took quite a long time before vaccines against Polio were invented. We are today introduced to completely new mechanisms of actions. The traditional vaccines are being replaced with more specific vaccines. A new generation of vaccines. I will write more about them later. I need some time to think. Again.

Anyway, you need to stay focused. Rest and relax. Go for walks. Reward yourself with a good dinner. I have thought so much about the Indian mutation so I had to have some Indian food this week. Good music give energy as well. This nice tune with Simon & Garfunkel will help you to stay in a happy mood! 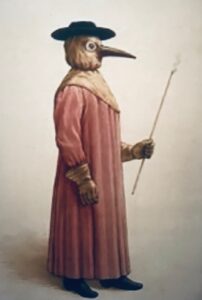 Corona walk today, but no sweetie or cutie 🐾. Y

Mini blog. I am still struggling with the blog. Tr

Mini blog. Running. This year has been different w

Miniblog. Since I am waiting for internet support,

With sweetie and cutie. Stay safe 💕