I am actually very happy that I have written poetry. Not much, but at least I have made a serious try. And printed a book out of it. Currently, I find it difficult to compose. That is probably why I listen so much to music and lyrics instead. At that time when I wrote, I was overwhelmed by a lot of feelings and other things that happened. Maybe that is the reason why I could compose.

I am looking forward to my voyage to Copenhagen when I am going to learn more about eg Karen Blixen. My main character in the book “Generationer” is Greten, a name rather similar to Karen. I don’t know where Greten came from, but perhaps I was inspired by Karen Blixen. Unconsciously. Greten had a babysitter namned Karen. Anyway, Greten and Karen are beautiful names.

So, this evening I am sharing another version of “The house of the rising sun”. I do not know who made the original version. The one by The animals might be one of the most famous. This is a kind of Dogma song. I like it a lot. Simple and plain interpreted by Hattie Webb.

It has been a little rainy today and I have stayed at home. Reading, listening to music, and then some exercise in the afternoon. I often dedicate Sundays to relaxing and taking care of myself. Today’s training was tough but good. Feels so good to let the pulse rise and increase blood circulation during work out. It is a kind of sauna. And very good yoga-stretch afterwards.

Yesterday I found this song, and I would like to end this week by sharing “The house of the rising sun”. An old, classic, breathtaking song. A traditional folk song. This version is by the British rock group “The Animals” from 1964.

I will only drop a few words this evening. It is rainy. Hässelbyloppet is in two weeks, but I am not running. I went for spinning today instead. Currently, I have little muscle pain so I have to be careful so I don’t have to cancel. That would be disastrous for me. Today, I also went for some coffee. I had to find out where the nespresso shop has moved.

This is a candle light-music evening for me. I spend a lot of time searching for music, it is a kind of hobby. I share some music and this time I found Hattie Webb – a singer-songwriter-harpist. Good and inspiring to listen to new music. Different.

Time passes, with no doubt, quickly. I feel happy about my journey to Copenhagen. To learn some about Denmark. I noticed when I lived in Norway that I understood Danish better after learning Norwegian. I have had a break from writing, and therefore I feel that it will be very inspiring to learn more about Danish literature. It is good to have some time to for reflection. I would very much like to go to Odense, but I will not have enough time. That is something for summer. I like to make various bakery, and Odense is famous for a lot of sweets. By these words I wish you a happy weekend. I will go spinning and stretching. Will you do any sports?

Yes, I am looking forward to next Bond movie. It is soon October and I have booked a journey to Copenhagen. I will have two weeks off in November and I will focus some on writing again. Denmark has many famous authors and I am looking forward to deepen my knowledge about HC Andersen, Søren Kierkegaard, Karen Blixen (https://blixen.dk) among many other authors, and in addition, I have not seen “Den lille havfrue” so I will live close to her. That will be just before christmas, so I am sure Tivoli will be beautifully decorated. And maybe also learn some about Rasmussen.

Meanwhile, I go training. It is getting a little chilly, so I will focus some on cycling instead. And stretch. I need a lot of stretch right now. Today I share music by Natacha Bedingfield from my friend Anu, many years ago. Music and exercise belong together. 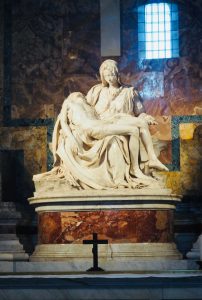