Slowly, slowly, the vaccines are reducing the severity of COVID-19. It is still very serious, but there is a change going on. We need to follow the development of the mutations. According to Fauci, there has practically been a non-existent flu season since people have followed recommended public health precautions. At least something good. Right now there are ongoing discussions on COVID-19 vaccine passports in the news. The European parliament has to make an agreement of some kind (Swedish news below).

Personally, I feel that I cannot really relax yet. We are not safe til everybody is safe. They are stil very careful with safety precautions where I go for training. I am very happy about that because that is where I get my energy. I don´t listen very often to rock music, but this is a very nice tune that put me in a happy mood.

I am relieved since summer time has arrived. That makes life so much easier. 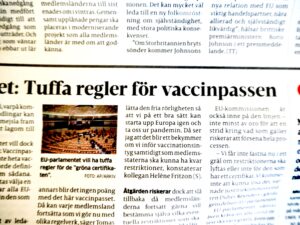 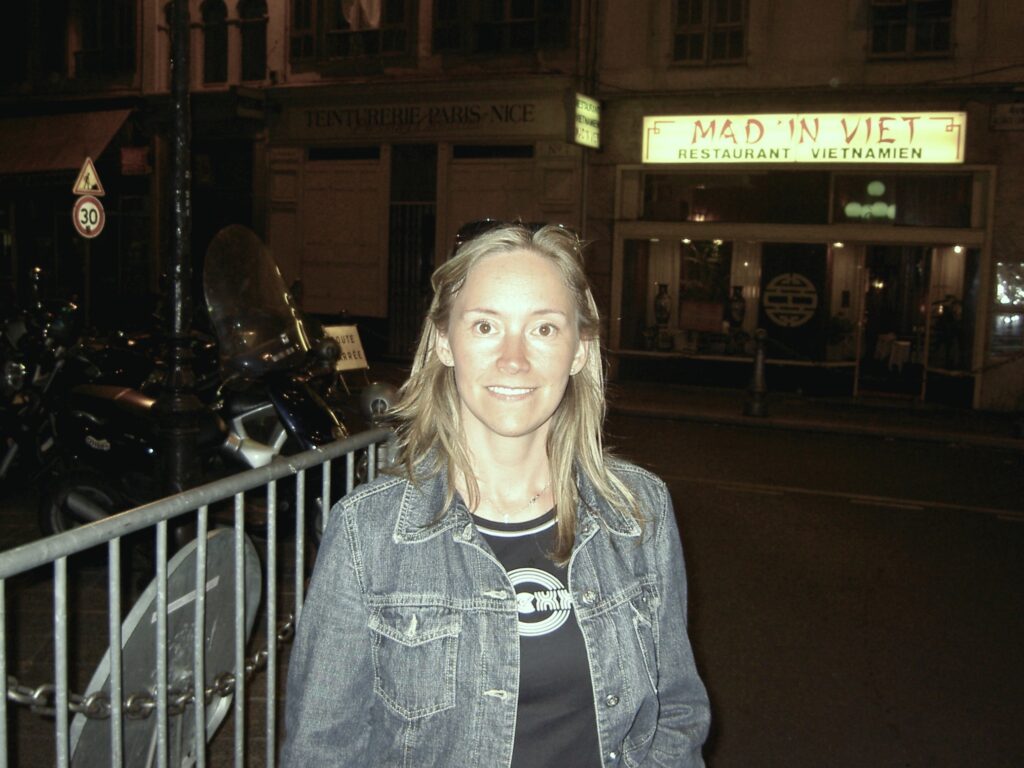 Talking about history, this last decade is beginning to be end of chapter for me. I have dedicated these years to languages. Interestingly, languages are very exciting since they constantly are developing. This year a few new Swedish words have been introduced to the dictionary that are related to pandemic such as “flock immunitet” (herd immunity). With my biological knowledge I have aimed to bridge biology with eg history, politics and social science. I have always been interested in international relations and that has definitely influenced my work.

A new chapter in my life is waiting.

It is spring and we are approaching summer. That reminded me of all lovely greenery in garden and forest. I will do something this weekend that I havn´t done for many years. I will collect nettles for a healthy soup with vitamins and minerals. Ouch! A concentrate of spring with its chlorophyll. I miss Lady and Molly so much.

Yes, history has more or less always been a little hobby of mine. A teacher at high school inspired me. He made us think differently. I remember the very first lesson when he gave us some kind of pamphlet filled with various maps of how boundaries have been moved over centuries. Wars lead to territorial changes and wars were often related to religion.

This history teacher had very difficult examinas. Once I could not attend an examination and I had to have a private session. Since I was the only one interrogated, I was very well prepared. He noticed that, and after five minutes he said that he understood that I knew my lesson very well. Then he started to talk politics instead. I got a bit surprised, but I listened. At that time I was politically active and somehow he knew that. He told me that it could be scarry to be involved in politics. When he went to school, he told me that people went marching with torchlights. And that could be very dangerous.

Anyway, I liked history since it was so difficult. You needed to know important battles by heart. Various countries. Then you could start a discussion. The protestants and catholics were often involved in conflicts. Religion is also important today. Currently, the Islamic holy month of Ramadan 2021 with fasting and prayer is soon ending. The Koran is read and epidemiological Covid safety restricions are followed. Meanwhile, it is very tense in East Jerusalem where Israelis and Palestinians has led the UN to warn of a “full-scale war”. Please read more about the conflict here, and note the map: https://www.bbc.com/news/newsbeat-44124396

Ending today´s writing with “Peace of Westphalia – a European settlement in 1648”. The peace was actually complex and lengthy since it was negotiated during four years before the Spanish-Dutch treaty was signed. The thirty years war was ended. History has also a romantic touch with these kind of costumes, don´t you agree?

Is this like the plague was in the 18th century – at that time caused by the bacteria Yersinia pestis? 300 years ago but so present. At those days dead people were actually buried in mass graves in central Stockholm, believe it or not. In Humlegården. Dr Herman Grim, who passed away due to the plague, had the same role as Anders Tegnell has today. A tough role. Tegnell is already vaccinated though.

As you notice I am very interested in history and has always been as far as I can remember. Life gets more interesting when you put the past in the present context. Or vice versa. A lot of efforts have been made to find vaccines to protect us against COVID-19. Different vaccines have been produced with various mechanisms of action. Previously, I have compared this pandemic with the Polio pandemic. It took quite a long time before vaccines against Polio were invented. We are today introduced to completely new mechanisms of actions. The traditional vaccines are being replaced with more specific vaccines. A new generation of vaccines. I will write more about them later. I need some time to think. Again.

Anyway, you need to stay focused. Rest and relax. Go for walks. Reward yourself with a good dinner. I have thought so much about the Indian mutation so I had to have some Indian food this week. Good music give energy as well. This nice tune with Simon & Garfunkel will help you to stay in a happy mood!