We are not safe til everybody is safe. Life is still a bit hampered, but is slowly returning. Epidemiological authorities are of course dreaming of group immunity against COVID-19. However, it is important to remember that other viruses are active now, and that there are lots of reports of RS virus. This virus causes infections of the lungs and respiratory tract. It can cause severe infections in anyone with a weak immune system. So, keep staying safe!

My way of living with the Corona virus has been to be active. But with safety precautions. I have been extremely careful since I do not know my sensitivity to infection. Even though you are in good shape you can get symptoms that may last for very long. I have been off for a few days and that has been very good. My usual exercise, some afternoon tea, and I have been reading. Something that I havn´t done for a long time. There has been so much about the Talibans in the news, so I thought I should read Åsne Seierstad and learn about her experience in Afghanistan. Even though a pandemic is ongoing, foreign policy continue with various happenings throughout the world.

I mentioned that I have been walking Lady&Molly, and that reminded me of this melody. Bitter sweet life. I just love the sound of the violins in the background of this song. 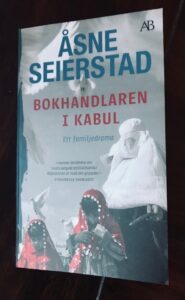 Autumn is here, and it definitely is darker and colder. I return to my usual autumn-vinter habits by having tea. Home made cake, some afternoon tea and honey from the countryside. Very relaxing. I had some apples left, and also some frozen raspberries that I made cakes of. So cosy. Summer feels far away now by some reason.

Slowly, life is returning to life before the pandemic. I am happy that I have been able to go for training this year, and that Corona restrictions have been followed. Due to the pandemic, I have been walking Lady & Molly a lot, and they have been happy about that. This weekend I will not see them. Instead I will go for some other exercise. Since I have spent so much time with Lady & Molly this autumn, I thought of some Lady Gaga. Enjoy!

In 1921, women were allowed to vote for governmental elections for the first time in Sweden. We were given rights to vote a little later than other Nordic countries. Finland 🇫🇮1906, Danmark 🇩🇰1915 and Iceland 🇮🇸1915 (part of Denmark). And in 1907, a lot of Norwegian 🇳🇴 women were allowed to vote. That was a century ago and it is hard to understand since it feels so close. It deserves to be mentioned since it means a lot for women in general. The world has changed and Nordic women have the same political citizenship as Nordic men.

It is not only women struggeling for the possibility to stand on an equal human platform. This year´s Noble Price in Literature is putting focus on the colonialism in Africa. The novelist Abdulrazak Gurnah was awarded;

“for his uncompromising and compassionate penetration of the effects of colonialism and the fate of the refugee in the gulf between cultures and continents.”

Gurnah was born in Zanzibar and is active in England. Zanzibar is a lovely island and I have been lucky to go there for vacation. I learnt a lot about spices that I use for daily cooking. Wonderful to watch them growing in real. It definetly is the spice island! Moreover, I learnt to forget about time. Malaria is like getting a cold in Europe. Ebb and flow – the phased of the tide. Such a starry sky Africa, or Tanzania has! Dolphins. Cute turtles. I am looking forward to read Gurnah. However, right now I have “The bookseller in Kabul” by Åsne Seierstad on my table waiting to be read.

Ending this week´s writing by mentioning the tragic passing away of Lars Vilks. He was best known for his 2007 portrayal of the prophet Muhammad with the body of a dog. The publication drew protests from Afghanistan, Egypt, Jordan and Pakistan, as well as the Organisation of the Islamic Conference (OIC), which called for “punitive actions” against Vilks. Previous Prime minister Fredrik Reinfeldt then had to meet ambassadors from 22 muslim countries to try to defuse the situation, according to the Guardian.

Sharing a song released decades ago, but still a very nice tune: “Africa” by Toto.

The prime minister of Sweden, Stefan Löfven, will resign in a few months. And we do not have any pandemic restrictions in Sweden any longer. Only unvaccinated should follow certain recommendations. I actually feel a bit relieved. Finally. I have been one of those being extremely careful during this pandemic. Since I like sports, it would be a disaster for me to get infected. I just love exercise. My greatest hobby. But of course, I will continue with hand washing and distancing. Other viruses are very active. Please read and remind yourself:  handtvätt:handwash

Bombings and shootings are new normal in Sweden. No one bothers anymore. Is this how it should be – mind your own business? This is not the way I would like to live life. This weekend I will go for som peace and quiet. Still possible to go running, and I will. But I have to be careful since moose hunting is going on!

My identity on facebook has been stolen. Some very nice friends sent me messages and told me that someone had posted in my name. I hope everything is fine now. I am working for internet freedom, and thereby also, internet stability. Of course I get upset when something like this happens. Anyone should. Technology has developed a lot the last decades. I remember when the first cellular phone entered the market. Big as a portfolio. Furthermore, the very first computer. Fax machines. And so on. The world has changed and has become digital. I hope these hackers will leave me alone now. We need internet stability.

On the political horizon changes are ongoing. Chancellor Angela Merkel is leaving her position after almost two decades representing Germany 🇩🇪. She has done a lot with her safe and smooth approach to other politicians throughout the world. Similar to Germany, Norway 🇳🇴 is changing from Erna Solberg to Jonas Gahr Støre. Solberg has also done a great job during her eight years as prime minister of Norway. The news papers have been overloaded with celebrations from Norway since they have decided to return to normal life after 1,5 years with corona restrictions.

Norway is celebrating non-pandemic restrictions. In addition, I was very happy to learn that ABBA has reunited during this pandemic. They released new music in London recently. To share some positive spirit, similar to Norway, I browsed the internet and found some ABBA.