On Wednesday, sitting President Trump will leave the White House for Biden’s inauguration. These days have been stormy, but Trump is the President of the USA til Wednesday. I believe this would never happen if there was no pandemic. I hope Trump at least will leave a handwritten note to Biden. I know that Presidents usually do so even if they are from different parties. They should be friends. For the sake of democracy.

What has been interesting is that when the Capitolium was stormed, Facebook and Twitter decided to close Trump’s accounts. German Chancelor Angela Merkel got very upset and angry. I have thought of this, and this is something that must be reflected on. There is a kind of stability between Europe-USA, China-USA, Russia-USA and so on. Suddenly, the President of the United States is on mute. Something similar to the Snowden affair. In times like this political stability is very important.

In Russia, political activity is high. Aleksej Navalnyj has returned to Russia after his stay at a hospital in Germany. It seems like he has recovered after the murder attempt. A real Agatha Christie novel. But a true story!

We have snow in Sweden, and as usual, I am always searching for good music. Especially nice tunes. Enjoy Queen.

These are strange days. The Corona virus is constantly present, and the consequences of a Corona virus infection, COVID-19, has affected people all over the world. The pandemic will slowly reduce since vaccination has started. This weekend would have been perfect to go to the countryside for some skiing with Sweetie and Cutie. But I wait. I miss them so that is why I browsed and found “Friends” with Chandler. Important with some cheering up to keep up a good spirit.

It is winter time. Little cold, but very pleasant. Therefore, I started longing for something warm and cosy, and I am making some rice porridge with Sri Lankan 🇱🇰cinnamon. I didn’t have any during Christmas, so it definitely is time. However, it is rather time consuming to make, but perfect a day like this.

It has been an amazing day. Snow, sunshine, very chilly and also new restrictions with regard to the Corona virus. People are wearing medical face masks. I also do that when needed. This evening I found an episode with “Friends”. Adorable. So cute! 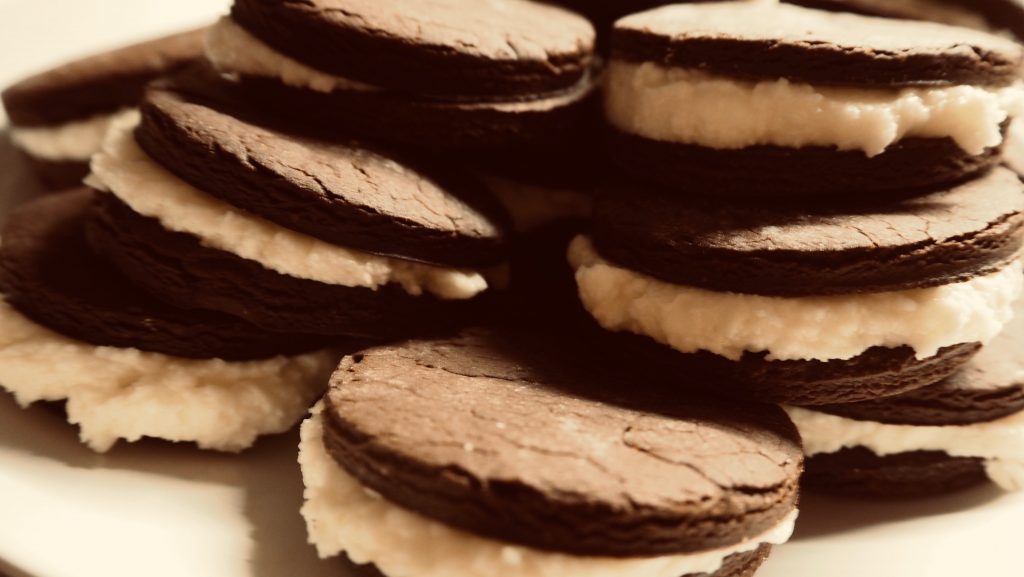 So much winter! It has been a great day. I like and enjoy winter when it is like today. Snowing, no melting and not so cold. I have my skiis in the countryside though. I usually go cross country skiing at least once a year. We’ll see how I can make this possible. I do not know if the famous Vasaloppet is cancelled or not. I have never participated but it is entertaining to watch. However, I am happy that I could go for some fitness training today. I am not that strong so not so much weight. But anyway. Music and exercise is always a perfect combination.

I made some cookies this weekend. It is fun to try a new recipe that is a little difficult. It took quite some time, but during this pandemic it is good to have something to do. It was a chocolate bomb. These cookies got better after a few days. Chocolate. So much cacao. Woman’s best friend.

We have winter. It is cold, and today it was snowing in the morning, but sunshine during the day. A cristal clear day. Bright. I actually had to have a look at the SMHI weather forecast, and this weather is here to stay for at least a few days. Life is up and down right now. I like winter and it will continue. Spain are having lots of snow. More snow than here. Spain has become Nordic. To keep a sunshine spirit up, I browsed some music and found this old song with A-ha. Nice tune.

Dear readers, I hope you all have started 2021 with a smile, and with a wish that this will be a good year. By the end of this year I believe that the vaccine has changed living a lot. However, I still hope that we will keep eg hand washing routines. The virus has forced us to spend more time at home. And in my case, reading and writing keeps me busy. Writing is part of my life, and with some professional help, I will soon provide you with Swedish translations. Since I have friends who do not know Swedish I have written in English. I hope this will be appreciated!

2021 is here to stay. A new, fresh year that will bring change. A vaccine(s) protecting us from COVID-19 is available, and it will take some time for immunity to grow. A new year also means new laws. Pandemic laws will be introduced. Early, very early, I mentioned that the term “Force majeure” must be broaden, or maybe a completely new subtitle must be introduced. It seems like there will be “Pandemic laws”. I hope that they rather will have laws instead of recommendations. Recommendations make people unsure, and that is dangerous in a pandemic society.

2021 has so far been rather stormy for the Trump administration. It is hard to believe news showing messy sceneries from the Capitolium. And people have died due to this. It reminds me a little of the French July revolution in 1830 illustrated by the famous painting “Liberty Leading the People” by Eugène Delacroix. Maybe these reactions are due to the Corona virus. Biden and Harris are vaccinated so they are prepared for transition into the White House.

Anyway, just a few reflections. I have had some days off from writing, and I am starting this year slowly. As usual, I end by saying: